What is DOCSIS? The past and the future of Data Over Cable Service Interface Specifications 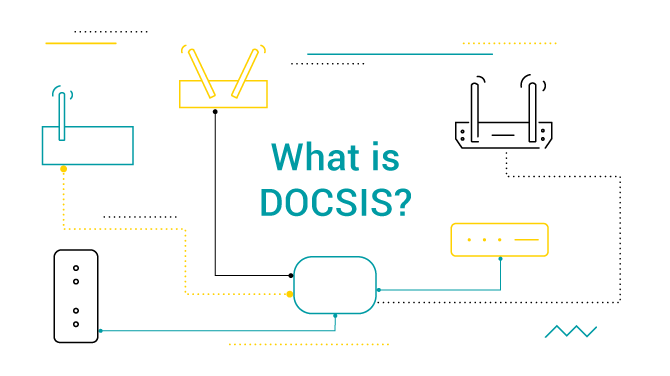 With more than two decades of history behind it, the DOCSIS standard is still breathing a new life into the cable industry thanks to its ability to keep up with the pace of technological change. But, as ISPs are faced with the challenge of managing CPEs that handle DOCSIS-based traffic, DOCSIS provisioning solutions must come to their aid.

Data Over Cable Service Interface Specifications (abbreviated as DOCSIS) is a globally-recognized telecommunications standard that enables high-bandwidth data transfer via existing coaxial cable systems that were originally used in the transmission of cable television program signals (CATVS). The standard is now in its third generation, with market prospects for the future remaining bright.

With the rise of the high-speed fiber-optic Internet, cable networks began gradually losing their ground. But this competitive threat, however strong, did not bring demise to the well-founded yet significantly older technology. It was the DOCSIS standard that turned out to be the stepping stone which coaxial cable technology needed to stay in the game and enable an ever-faster Internet access while avoiding the Herculean (and extremely costly) task of replacing the whole physical network infrastructure.

Thus, along with the rapidly evolving data transfer technology, DOCSIS has gone through a great deal of improvements and modifications since its inception back in 1997. Let us make a brief dash through the long history of this persistent and durable solution.

A little of history

It all began in March 1997 with the introduction of the DOCSIS 1.0 specification. Devoted to the implementation of typical services related to Internet access, D1.0 allowed to obtain bandwidth of up to 40 Mbps in the downstream channel and about 10 Mbps in the upstream channel. Soon to be upgraded to version D1.1 (April 1999), it kept the same bit rates while becoming a long-standing basis for the implementation of VoIP services for cable TV subscribers. The standard, complemented with elements of QoS (Quality of Service), began to meet the extended security requirements for DES 56 data transmission, including the use of filtration and transmission encryption.

In January 2002, another version of the DOCSIS 2.0 specification was released, providing more symmetrical transport bandwidth (downstream and upstream), as a response on the part of the manufacturers to the increased demand for network bandwidth. The maximum speeds achieved in this version were accordingly: 40 Mbps download and up to 30 Mbps upload. This was made possible by making a wider band available in the upstream direction (e.g. 6.4 MHz channels) and by implementing more effective modulation schemes.

As part of the response to the challenge of maximizing speed, the DOCSIS 3.0 specification was introduced in 2006 to provide the possibility of combining downstream and upstream channels (channel bonding), IP multicast, IPv6 functionality, and AES encryption. The 3.0 specification is capable of connecting 6 or 8 MHz channels in the downstream direction, achieving speeds of up to 340 Mb/s (DOCSIS) and 440 Mb/s (EuroDOCSIS). In the upstream direction the possible speed is about 120 Mbps. Since its release, D3.0 has become the basic technology of operators working in HFC networks.

Speaking of HFC, it is important to mention insofar that the implementation of the DOCSIS standard and its subsequent modifications have acted as a catalyst for the development of HFC technology which keeps playing an important part of the market and of the telecommunications industry. The HFC (Hybrid Fiber-Coax) network topology consists of an infrastructure of coaxial cables connected to an optical node that provides electric-to-optical conversion. Optical nodes, connected to a central location by means of fiber, usually power an amplifier connected to the coaxial cable. The central location is called a CMTS (Cable Modem Termination System) and is a hub for modems connected to a distributed HFC network.

The introduction of DOCSIS 3.1 in 2013 allowed for the implementation of GigabitEthernet services in existing HFC networks and at the same time respond to the challenge posed by fiber access networks.  The D3.1 technology introduces a new generation of physical layer (PHY), which integrates the OFDM (Orthogonal Frequency Division Multiplexing) and FEC (Forward Error Correction) mechanisms. This combination increases efficiency by 50% in the downstream direction and 66% in the upstream direction, thanks to the use of improved modulation from 1024QAM to a maximum of 4096QAM. The 3.1 version also uses the available channel bandwidth in other ways. The 6 or 8 MHz channel widths featured in previous iterations have been replaced by narrower (25 kHz or 50 kHz wide) orthogonal frequency-division multiplexing (OFDM) subcarriers, which combined form a block spectrum as wide as 200 MHz. As a result, a staggering bandwidth of 1 or 2 Gbit/s upstream and 10 Gbit/s downstream is supported.

The development of separate standards for the US and Europe in case of versions before D3.1 was necessary because of some significant differences between the two systems: while the European cable TV conforms to the PAL (phase alternating line) or SECAM (Séquentiel couleur à mémoire) system, USA has first adopted the analog NTSC (National Television System Committee) broadcast color system. And because they both operate in different radio frequency (RF) channels, (6 MHz in the US and 8 MHz in Europe), this has its consequences in the context of channel bandwidth: in EuroDOCSIS architectures, 8 MHz permits more bandwidth to be assigned to the user-directed data path (downstream).

DOCSIS devices: How to manage them?

It should be quite obvious by now that the DOCSIS remains a well-established and popular standard around the globe. In face of this, what the Internet Service Providers may see as a threat here is not the future of the technology itself (we’ll be touching on this question later in the article), but rather the multiplicity of cable modems and subscriber devices throughout the industry. Rough estimates have it that there are 5000-8000 models of CPEs that support various versions of the standard coming from a number of manufacturers. There is no doubt, therefore, that managing such a bunch of often disparate and incompatible devices without a comprehensive device management solution poses a huge challenge for small-scale enterprises as well as for carriers with multi-million deployments. 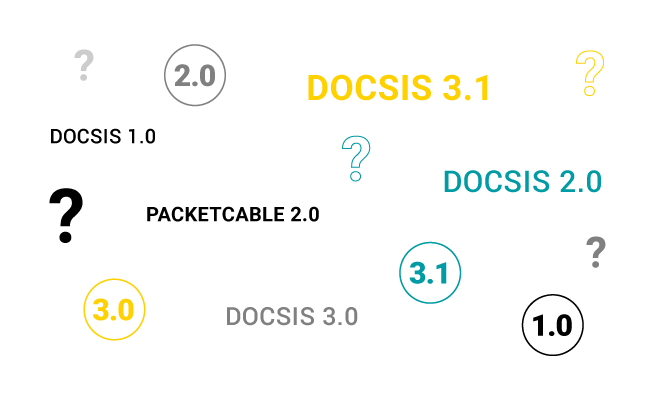 AVSystem is one of the few providers of device management software dedicated to solving the problem of reliable handling of existing DOCSIS devices and their uniform integration with other access technologies. Its solution – Unified Management Platform – offers full backwards support for D1.0/1.1, D2.0, D3.1, or PacketCable 2.0 along with their security extensions and provides a flexible mechanism for auto-discovery of new CPEs. Already provisioned DOCSIS-enabled devices are managed and monitored via a management protocol (for instance: SNMP, TR-069, Telnet/SSH or others) to enable additional operations such as firmware upgrades, reboots, and more advanced monitoring functionalities. A cloud-based version of the UMP, Cloud ACS, is also available for smaller-sized deployments.

In spite of the rumors of DOCSIS's seemingly imminent demise that have been spreading for over 20 years, CableLabs has recently announced that it has finished working on the D4.0 specification. The solution can now boast a potential to support speeds of up to 10 Gbit/s and is designed to allow data transfer speeds in the upstream direction of up to 6 Gbit/s. Essentially, this type of performance is almost identical with the reportedly faster fiber optic solutions available on the consumer market. Thus, DOCSIS 4.0 specification is aimed at helping to future-proof the HFC network technology and driving the development of the whole cable industry. It is reported that the first infrastructure complying with D4.0 should appear in around 2022. As we can see, Data Over Cable Service Interface Specifications as a technology doesn’t lay down its weapons; on the contrary, it seems that with a new life brought to HFC, the industry wages another war to fight fiber with… fiber.