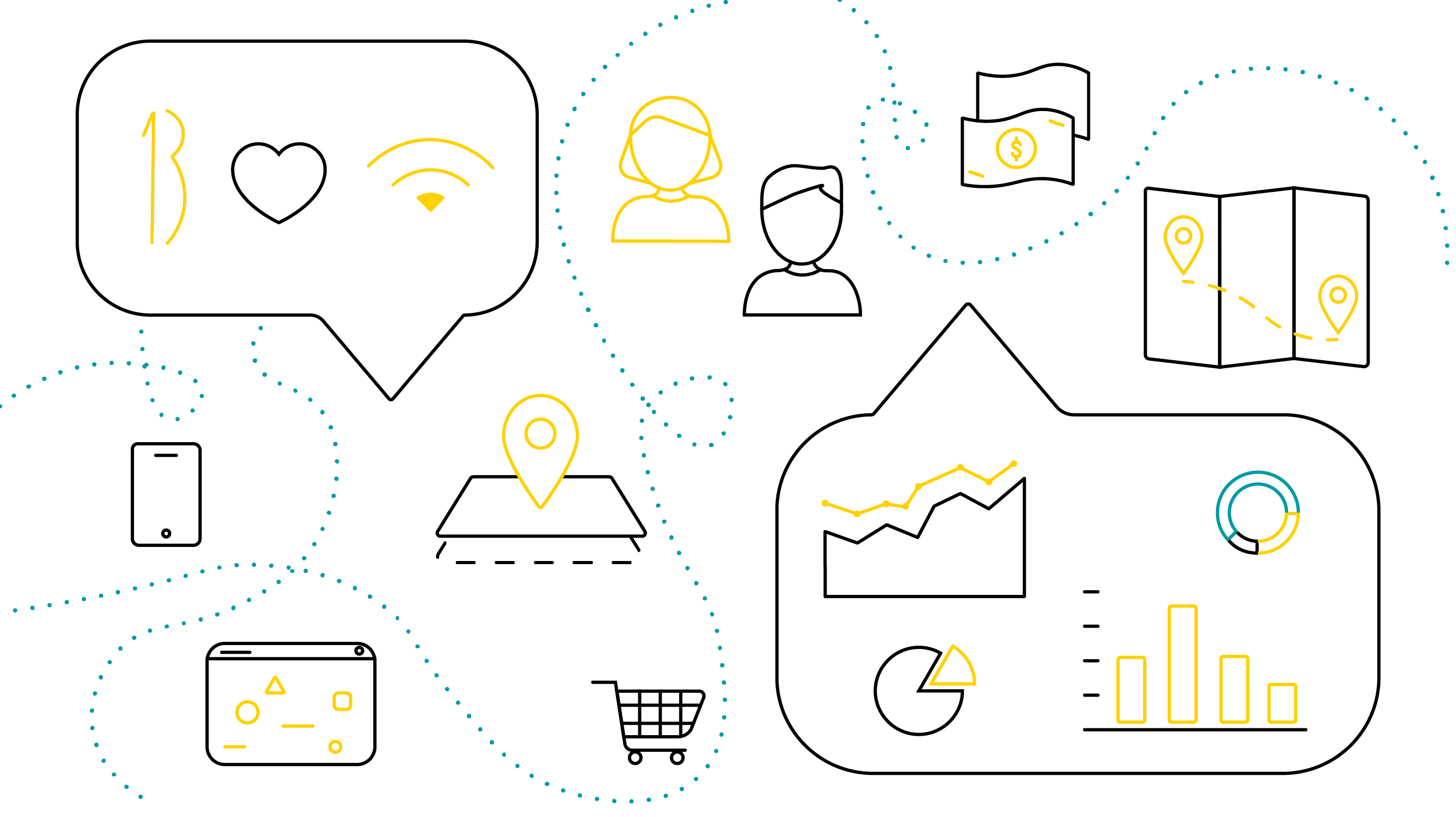 From households and shopping malls to airports, university and business campuses, guest WiFi makes it possible to connect to the web and a world of connected devices.

But what about the benefits that organisations stand to gain from WiFi? What are they and how have advancements made it possible for companies to develop a stronger competitive advantage?

In this blog post, we’ll explore 13 case studies. They come from different parts of the world and all show how effective guest WiFi access management can be as a tool for understanding guests. The insights we’ll share have been gathered over the December holiday season and show just how important it is to your guests.

Kaufland is a German hypermarket chain and part of the Schwarz Gruppe. Having opened their first outlet in 1984, the chain now has over 1,200 stores in Germany, the Czech Republic, Slovakia, Poland, Romania, Bulgaria, Croatia and Moldova.

Over the Christmas and New Year’s timeframe, Kaufland appeared to experience an interesting traffic flow.

Here’s what we found:

How can Kaufland use guest WiFi insights for the next Christmas and New Year’s holiday?

Thanks to the guest WiFi network, understanding the amount of traffic and when people are most likely to visit the store allows for better planning.When cross-referenced with other data (think sales and revenue generated), Kaufland will be able to tell what people need most of on days like December 30th (their busiest day).

Costa Coffee may also be able to better plan for a busy New Year’s Day, especially if they opted for skeleton staff considering it was the first day of the New Year. Costa Coffee may be able to determine which beverages were popular on the day to better understand their target market.

While shopping in Poland shows a variety of interesting insights, across the globe in Kenya, things appear to be a little more predictable with data collected from guest WiFi. Kenya is seeing a surge in growth of supermarkets, growth that points to a more prosperous economy. But just how much do Kenyans rely on their supermarkets?

Here’s what we discovered:

How can Kenyan supermarkets use these guest WiFi insights for the next Christmas and New Year’s holiday?

While traffic peaked on the 24th of December, it levelled out for the rest of the month. This data can be used to generate creative ways of attracting more shoppers, making it possible for supermarkets to record sales days. Discounts and special offers could be devised, along with competitions to incentivise shoppers to spend more.

South Africa’s tourism industry is healthy. Domestic and international tourists have been known to spend large amounts of money as they travel across the country. In fact, in 2017 alone, tourists spent an estimated R277 billion.

What can guest WiFi tell us about the impact tourism has on airports?

Here’s a look at what we learned about OR Tambo’s traffic over the last few days in December:

How can South African airports use these insights for the next Christmas and New Year’s holiday?

For OR Tambo, being able to gauge the number of flyers over the December holiday can enable smarter operational planning. Planning can include managing staff and shifts, ensuring that security is strengthened during busier periods.

Data from guest WiFi can also be shared with retail outlets in the airport. Insights into how guests numbers, their ages and destinations can help retailers better prepare with the right stock and possibly offers to generate more sales.

Shopping malls from across the globe

Shopping malls are magnets for shoppers. And when it comes to December spending, they attract larger crowds, giving retailers the chance to achieve record sales days.

With guest WiFi access management we can see how shopping malls from different regions faired:

Less traffic was experienced on December 25th. This is a holiday in the US, so the decrease is expected. Traffic did, however, rise from December 26th, fluctuated for the last few days of the year, with the 28th being the busiest. Jan 2nd and 3rd showed steady and similar traffic, showing that it was business as usual in the New Year.

While Christmas is recognised as a national holiday in Indonesia, shopping malls remained open. In fact, they received more traffic on the day.

Like Indonesia, Myanmar shopping malls don’t break for Christmas day. They did, however, see a slight decrease in traffic on the 26th.

Thailand experienced similar traffic to Indonesia. December 25th was the busiest day, while traffic seemed to be relatively steady over the last few days of the year.

Like Thailand, Cambodia also experienced similar traffic to Indonesia. More shoppers visited the mall on December 25th, while traffic appeared steady over the last few days of the month.

Hong Kong also shares a similar traffic influx to other Asian malls above. Traffic appears to have been steady, however, the December 24th and 25th attracted the largest number of shoppers.

In El Salvador, Plaza Mundo experienced a different traffic flow. December 24th saw fewer shoppers flock to the mall. While Christmas is recognised as a public holiday, Plaza Mundo attracted shoppers in fewer numbers which grew on the 26th and 27th.

Pollo Campero, with its first store opened in Guatemala, in 1971, is now a well-known fast-food restaurant chain serving their flavorful chicken in Honduras, El Salvador, Ecuador, Nicaragua, Mexico, Spain, Bahrain, the United States, and Italy. The chain has nearly 400 locations, including more than 70 in the United States.

How shopping malls can benefit from guest WiFi data on shoppers

Like other venues that house retailers, access to data about guests can lead to more revenue generation. As we’ll see further below, smart guest WiFi management and marketing solutions give businesses the opportunity to engage more of their visitors with timely offers. Retailers are also able to develop more effective staffing plans for busy periods.

Mexico’s tourism industry has seen an upsurge in the last few years. INEGI and Bank of Mexico reported that over 96.8 million international visitors arrived in Mexico in 2018 — up by 2 million 567 thousand visitors since 2017.

Most international visitors are drawn to Mexico’s holiday resorts. In this case, we looked at how guests experienced a resort on December 31st.

Here’s what we found: 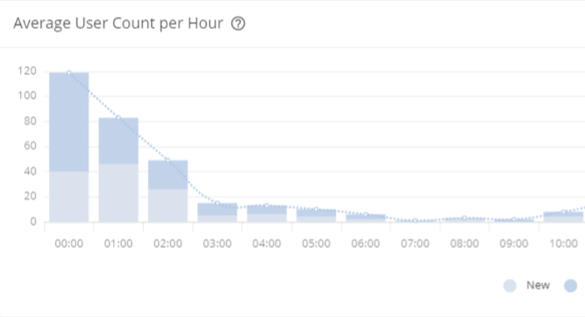 In addition to the above, we also learned that most guests were from the U.S and Canada, however, their language was Spanish. Also, two out of three guests were Android users.

You can also tell what device they are using (OS, language, country of origin), guest names, contact numbers, email addresses, date of birth, and more, when visitors log onto guest WiFi portals.

While these features make Linkyfi a powerful solution, it also accounts for unique requirements and integrations. Through our API, you can integrate third-party systems. These include REST WS for various PMS and SMS gateways.

Linkyfi is also robust enough to support multiple tenants. This works especially well for venues with numerous retail outlets. The aggregation of data ensures that all outlets are able to work towards creating an attractive venue, one that more visitors frequent.

All businesses need data to make informed decisions. Linkyfi empowers businesses with data that can be used to enhance operations and their bottomline. Whether you’re in charge of a busy airport, supermarket or shopping mall, access to data on who is visiting your establishment, where they are from, how much time they spend with you and how many visitors you receive, can help your organisation plan a more efficient operation and more predictable results.