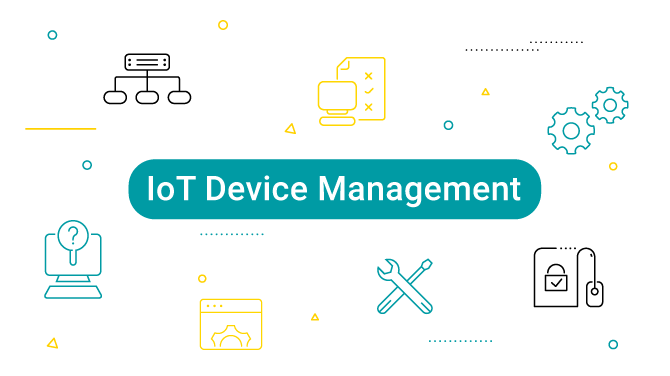 The Internet of Things is all about devices scattered across the Web communicating with each other and collecting staggering amounts of data to contribute to larger man-made goals, but without the need for direct human intervention. And as there is no doubt that IoT solutions provide some great benefits from the consumer standpoint, for the industry to thrive, it needs rapidly evolving IoT device management.

There’s no doubt that IoT has been making itself at home in our professional and private settings alike, and it is of importance to know, from the business side of the story, how these tons of smart devices should be managed so that the whole ecosystem is maintained in the state of security, reliability and scalability. If so, would there be any better start into the investigation but a clear-cut IoT device management definition?

What is IoT device management?

IoT device management refers to the processes involving the provisioning and authenticating, configuring, maintaining, monitoring and diagnosing connected devices operating as part of an IoT environment to provide and support the whole spectrum of their functional capabilities. It is therefore quite clear that a reliable and effective device management solution is critical in keeping the smart assets connected, up-to-date and secure.

Now that we have a fairly broad picture of what it means to manage the Internet of Things devices in terms of business, another step is to grasp why it really matters to any IoT enterprise.

It’s been three decades since the first device was connected to the web and browned its first smart piece of toast, and surely the Internet of Things has gone a long way from its humble beginnings, and all this incredibly quickly. But despite all the promising signs, there is a sense that the Internet of Things is still more of a daydream than the real Thing, and there is some evidence indeed to corroborate this. 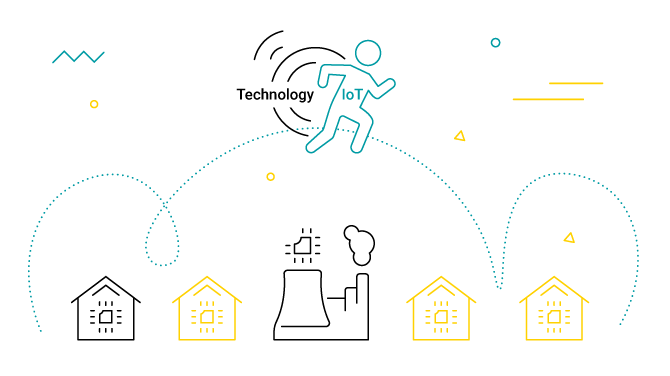 But the problem, however slight it may be, does not lie in the concept itself – it is rather the pace of global growth and the rate of technological adaptation that limit the expansion of IoT. In other words, while the Internet of Things wants to hurdle through our businesses and homes like a sprinter, it’s still wearing its too tight shoes of technology that painfully curb its velocity and, occasionally, make it stumble along the way.

Therefore, a sturdy and steady evolution of IoT device management is the key factor in bridging the gap between the sky-rocketing expectations for growth and the hard reality of failing IoT projects and innovative implementations that don’t quite hit the mark. But for this to come true, the involvement and effort of the many IoT service providers and tech visionaries is not enough – it also takes the stakeholders’ and entrepreneurs’ awareness of the fundamentals of IoT device management to make informed decisions about the software solutions they choose for their IoT enterprises.

For the devices to really matter, they need to be handled according to some accepted standards and best practices that make up the fundamentals of the management of the Internet of Things devices. Getting to know the ropes of the process not only facilitates the decision-making process within the IoT project, but also gives wider awareness of what happens with a connected device throughout the whole of its lifecycle.

There are billions of smart devices already up and running in the Internet worldwide, but every single one of them had to be connected to the web for the very first time. And this process of enrollment into the system is crucial not only in the early stages of the project to help kickstart the whole enterprise. Intelligent and secure provisioning accelerates time-to-market and circumvents risks related to hostile attacks. If overlooked, it may have severe consequences for project success.

An indispensable part of provisioning is device authentication. It consists in establishing a secure connection between the device and an IoT service or IoT platform. As part of that process, the device presents the credentials to the server and, in case it can be trusted, receives further configuration data. Depending on the specifics of the implementation, details of the process may vary, but usually include authentication methods such as device certificates or pre-shared keys.

As soon as a device gets onboarded, it cannot be left to its resources, as in a “fire and forget” scenario. In most cases smart devices, sensors or other Internet-connected gear comes with generic preconfiguration provided by their manufacturers. This means that it is up to the service provider to configure the fleet according to the specificity of the deployment, such as the devices’ installation location and the role they will play within the emerging IoT ecosystem.

Therefore, one of the key factors in successful management of IoT assets is to be able to fine-tune the provisioned devices beyond their default settings. Of course, you want your devices to behave exactly how they are intended to behave within the scope of your project – a flexible and intuitive configuration mechanism should enable you to design the behaviour of your smart fleet not only in times when devices perform as planned, but also to react on-the-fly in case of any failures that come along the way.

With maintenance, we come to another vital point in our list. Unless you’re really out of touch with the real world, you want to be on top of your connected things. You have them securely provisioned and duly configured, so is there anything else to consider? We have to be aware that firmware may come with bugs in it, or, that the project scope may change and new functionalities will come in handy, or, that security vulnerabilities may appear that pose a threat to your smart deployment. To help with all of this, comprehensive IoT device management software offers advanced mechanisms for firmware over-the-air and software over-the-air updates, so that every device in the field is kept secure, up-to-date and bug-free. To learn more about this particular topic, please visit our blog posts on FOTA and SOTA.

Diagnostic features are perhaps the unsung hero of the IoT device management. Firstly, because they are really crucial in reducing the impact of device downtime that may occur as a result of firmware bugs or any unexpected operational issues. Secondly, because they are perhaps as useful as they are neglected as a factor in successful IoT device management. Focusing on the more obvious elements (such as those mentioned above), IoT project managers tend to forget that predictive maintenance can effectively save the day for their business.

But how is it done? Diagnostics is not only about monitoring network statistics to detect any security breaches; first of all, it’s about preventing failures from happening or counteracting them before they become harmful. Taking the whole thing to a higher level, IoT device management often uses sophisticated analytics mechanisms for generating useful insights into issues that may pop up across the whole of your IoT deployment.

Now that your fleet has been up and running, properly configured and fine-tuned to your use case, with its firmware kept up to date and bullet-proof against bad actor attempts and random failures, you may sit back and relax while your well-oiled IoT machine does all the necessary work. But there’s one inconspicuous yet fundamental aspect still left to consider. Thinking about any IoT enterprise in a broader picture, what must be taken into account is what happens with all the devices in the field after the successful completion of the project or with a single device when it reaches its end of life.

Obviously, such assets must be decommissioned, but less obviously, this must be done in a cost-effective and secure manner. In case of device replacement, an appropriate environment should be granted for the deployment of new devices. When it comes, on the other hand, to phasing out a smart project, the decommissioning efforts should be properly orchestrated to avoid data leaks, system downtimes and situations of bad agents gaining access to the devices due to a system compromise. As can be seen, in being a security matter, end of life management is an essential part of handling smart devices throughout their lifecycle – see our blogpost on IoT Device Lifecycle Management for more.

Clearly, the presented essentials can be perceived not only as guidelines for growth, but also as challenges that can hinder the successful implementation of an IoT system and its connected devices, including security, interoperability, power/processing capabilities, scalability, and availability. Many of these can be addressed by an effective IoT device management platform, preferably one that adopts widely accepted industry standards.

If considered as such, a well-designed device management helps companies to integrate, organize, monitor and remotely manage devices to the Internet at scale, providing critical features to maintain the health, IoT connectivity and security of IoT devices throughout their lifecycle.

But device management is not only about the infrastructure, connectivity and software that is used to operate the devices – it’s also about the IoT protocols, the languages that they ‘speak’ when communicating. And as the Internet of Things is plagued with huge lack in standardization in any vertical of IoT technology stack, it is important to emphasize the role of such well-established protocols as the Lightweight M2M. As a leading IoT industry standard, LwM2M offers a comprehensive model for Internet of Things device management, designed especially to leverage the possibilities of resource-constrained assets, such as sensors and actuators, which are so vital to the development of the IoT industry worldwide.

In times of increasing demand for IoT device management solutions, the Internet of Things is undoubtedly on the rising tide. But it is still a long way off the safe harbour of standardization, worldwide adaptation and recognition as a secure and reliable piece of tech to make things smarter than they normally are. To make it happen, IoT device management solutions must evolve, at a sufficiently fast pace, towards a comprehensive and coherent vision of what ‘smart’ stands for – in terms of cities, agriculture, healthcare, home appliances, cars or machine industry or anything else really (forests and wine bottles included) – and what it means for their clients, so that the fundamentals are not lost along the way.