What do WiFi statistics tell us and what can we do with that information? 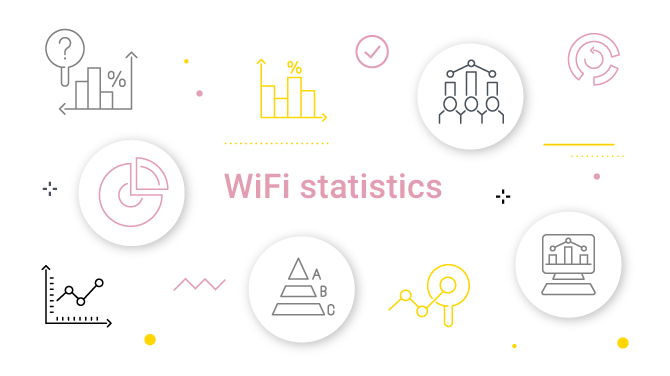 According to the International Telecommunication Union (ITU) estimates, in 2019 there were over 4 billion internet users (53.6% of the world population). Some of us grew so accustomed to having it, we can experience digital anxiety when we get cut out, for example when we’re on holiday in remote locations.

More and more businesses – and even governmental or municipal institutions – realize how important the internet has become for us. More than that, they also see the potential of providing free WiFi access and the benefits it brings. In this article, we’ve compiled some of the most interesting WiFi statistics that show how prevalent it is, how it affects us, and how it can bring profit.

Retail is expected to have the biggest participation in these numbers and healthcare is said to be the vertical with the fastest development.

The adoption of public WiFi is certainly aided by rapid developments in the field, such as the aforementioned WiFi6. The network connection speed is for example expected to triple from 30.3 Mbps in 2018 to 91.6 Mbps in 2023. This will allow for more data-intensive uses, such as HD video streaming or dense IoT deployments which will certainly popularize guest WiFi even more. 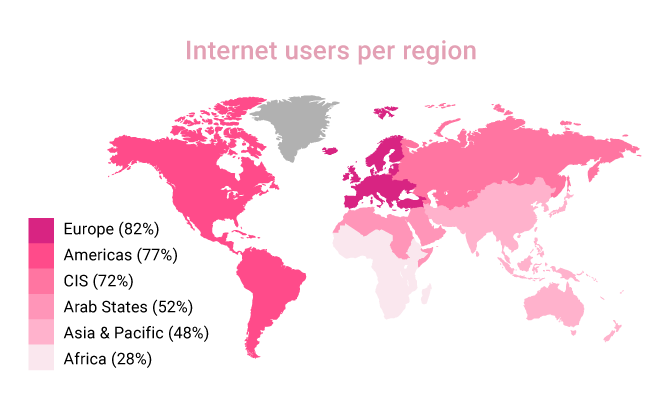 In 2017, Norton – an anti-virus and anti-malware software producer – published its “WiFi Risk Report” which gives us some very interesting insights. Most prominently, for 55% of the respondents, WiFi access is so important that they would be willing to do, share, or exchange something for it. This includes sharing personal information (8%), giving permissions to one’s personal email (7%), contact list or social media account (both 6%), but also watching a 3-minute advert (34%).

Over half of the people admit to using WiFi to log into their personal email (59%) or social media accounts (56%), apart from doing other things like sharing photos or videos (44%). However, when asked, respondents point to being able to use GPS as the most important reason for having WiFi access (49%).

What is even more interesting and definitely worth noticing for businesses, is that people make purchasing decisions based on the availability of the WiFi signal. As per Norton’s report, it is a “deciding factor” for their choice of a hotel (71%), transportation method (46%), dining place (43%), and airline (also 43%).

Tripadvisor’s 2016 study seems to confirm that. Their “Tripbarometer” shows that the only thing more important for hotel visitors than free in-room WiFi is… air conditioning (63% to 46%). Furthermore, 26% of the respondents said they require super-fast WiFi and 11% would be willing to pay more just for that perk. 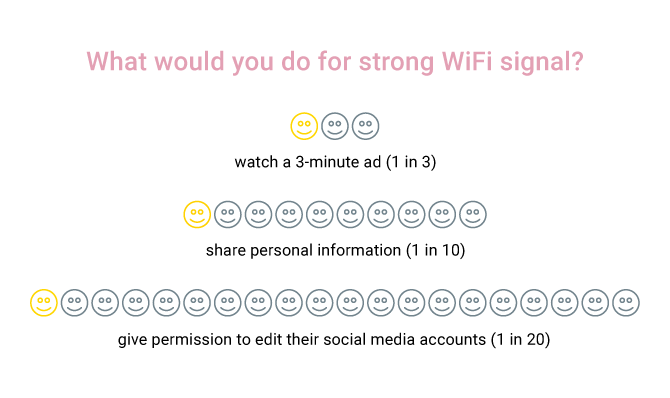 A study on the “Impact of WiFi service in restaurants on customers’ likelihood of return to a restaurant,” published in the Journal of Foodservice Business Research, revealed that about 70% of people prefer their café or restaurant to have a hotspot, proving that hotels are not the only ones in the HoReCa industry that can greatly benefit from offering free WiFi. 28%, or almost one-third of all retailers, confirmed that by offering guest WiFi they improved their customer loyalty in 2015’s “Store infrastructure study: Impact of store networks and WiFi on customer experience,” published by IHL. For the hospitality segment, that number rose to 61%.

But WiFi statistics help public transport not just by drawing in more commuters. WIBUS, a public transport company from Côte d'Ivoire, offers free WiFi on-board of their buses and is a prime example of how it can improve customer satisfaction. But just as importantly, WIBUS uses data analysis to optimize their operations. By monitoring bandwidth usage they are able to determine peak and off-peak hours and adjust their bus schedules accordingly. There are many other companies and municipalities that went the same way to make improvements to their networks and passenger commute.

Similarly, businesses can use WiFi statistics to become better as well. At AVSystem we have ample proof of that, as our WiFi marketing platform, Linkyfi, is used by businesses every day to collect insightful data that they can act upon. 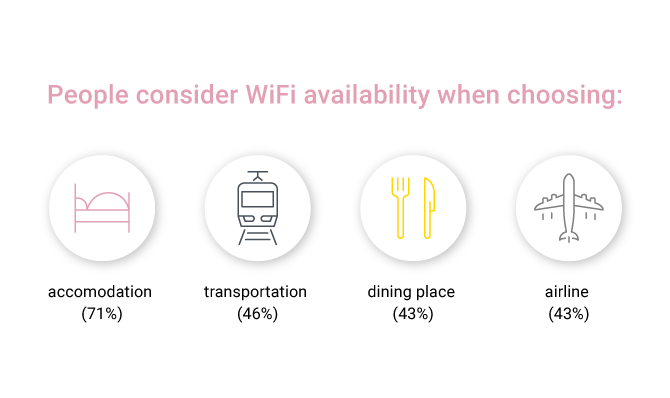 For example, WeGoMall – a shopping mall in Hong Kong – uses Linkyfi’s WiFi location analytics to monitor how the shoppers move around the venue and strategically place digital advertising based on historical data about congestion. By locating the ads in places with the highest footfall WeGoMall was able to increase its digital advertising monetization by as much as 23%.

WiFi statistics can also be used in retail to optimize operations. Reading our “Comparing Google Community Mobility Report with Linkyfi's WiFi-based data” article, you’ll find out that when the COVID-19 pandemic started, stores observed increased traffic in the dairy and pharmacy departments, which could be observed with people counting software. Having this information and combining it with data on peak hours, they could prepare better for replenishment.

Similarly, in our article “13 use cases from the December holiday season that prove customized guest WiFi a must” you will find numerous instances showing that businesses – such as stores, cafes, or hotels – and even cities can introduce a whole array of improvements just based on the data obtained from WiFi statistics.

The proof is in the pudding

We live in an increasingly digitized world and the predictions are that this trend will only continue. It comes as no surprise that as a result, over time data science has become a crucial area of study. Access to all the digital data that is being produced can drive large scale improvements in any field – be it a public or private endeavor. WiFi statistics are one of the sources of information that is relatively easy to obtain but, at the same time, offers tremendous and very palpable benefits. Whereas these are the clearest for retail, any business should consider how they could use WiFi statistics and turn them into profit.