Everyone is using Bluetooth Low Energy – should you? 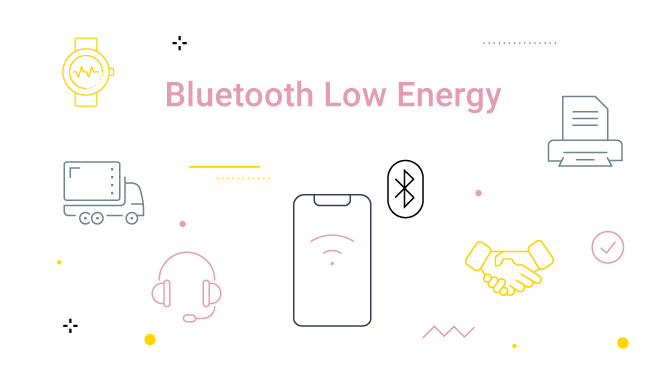 Bluetooth Low Energy (BLE) is one of the most widely applicable low-power connectivity standards. This is in no small part thanks to the explosion of the Internet of Things, which gave rise to a slurry of smart personal devices that needed common and efficient means of communication. But don't be fooled; it's not just your smart band that has BLE. There are many commercial and business applications for this standard that made it so popular.

What is Bluetooth Low Energy?

Bluetooth Low Energy is a wireless, low-power personal area network that operates in the 2.4 GHz ISM band. Its goal is to connect devices over a relatively short range. BLE was created with IoT applications in mind, which has particular implications for its design. For example, IoT devices tend to be constrained and require extended battery use, so BLE favors low power consumption over continuous data transfer. In other words: when not in use, it goes into sleep mode to conserve energy.

What is essential to understand when talking about BLE-equipped devices is the architecture behind the technology, particularly its asymmetry. A device may function either in a central or peripheral role. Imagine your smartphone and your smart band: the more "advanced" and complex smartphone is the central device; the smart band, which has limited functionality – is the peripheral. Neither two central nor two peripheral devices can talk to each other. Communication is only possible between a central and a peripheral device. To overcome that limitation, a device may have both a central and a peripheral mode configured, as many smartphones do.

Is BLE the same as Bluetooth?

One more important question that we need to answer when talking about Bluetooth Low Energy is how it differs from Bluetooth Classic – the technology we all know for its famous icon that we click on when we want to pair our devices. Does it differ at all?

The answer is yes. BLE is an independent standard that is incompatible with the "classic" Bluetooth. The latter was first introduced commercially over 20 years ago and is now essentially no longer being developed by the Bluetooth Special Interests Group (SIG). However, "not being developed" doesn't mean "not being used." You will frequently find it in devices that require continuous connection, predominantly audio devices, such as wireless speakers or headphones.

Meanwhile, SIG introduced Bluetooth Low Energy in its 2010 Bluetooth 4.0 specification (with later, 2016 Bluetooth 5 specification, being devoted exclusively to BLE). Its main focus was on the growing market of health- and fitness-related devices and smart home and indoor location.

You may be largely unaware which standard your devices use, as most laptops, tablets, and smartphones come equipped with both Bluetooth Classic and BLE for a seamless user experience, regardless of what peripheral they have. Having said that, there are some critical differences between the two:

Where can you find BLE?

Bluetooth Low Energy is used virtually anywhere, which is one of its core strengths compared to other low-power networks. It is a commonly recognized and applied standard that essentially doesn't require specialized compatible hardware to be deployed. So if BLE is so popular, how is it being used?

This is one of the primary use cases for Bluetooth Low Energy that arguably made it so ubiquitous. Because Bluetooth technologies (both classic and BLE) are so commonly available in smartphones, tablets, and laptops, it stands to reason that personal devices that we frequently pair with them – such as fitness trackers and various smart appliances – would use these, too.

While you can think of even more constrained devices, smart appliances and trackers usually have pretty heavy limitations as well. The bulk of their energy goes into basic functioning. Consider your smart band: it probably measures your steps or monitors your heartbeat continuously, using up a lot of battery life. If it were constantly relaying that information to your phone, too, it would drain the battery life a lot faster. This is why manufacturers look for ways to save energy here and there, and BLE is a perfect solution.

One of the major BLE benefits is that it can be used for accurate positioning where GPS can't – indoors. You can use BLE-equipped devices as beacons, i.e., to broadcast data to all devices in the vicinity, rather than to have one-to-one exchange. Based on that, devices capable of processing that data (such as phones) or simply capturing and relaying it further (such as access points) can determine the beacon's position. 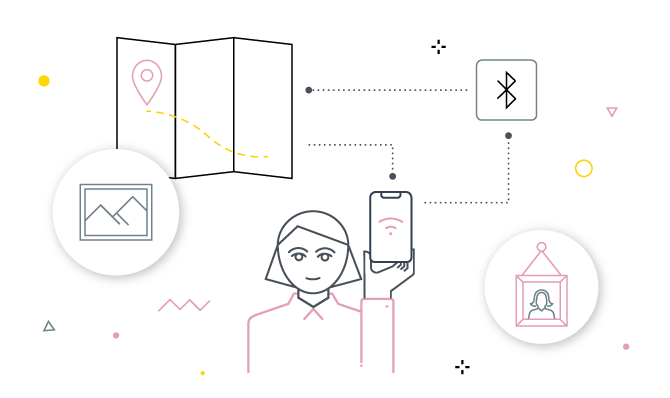 This is why BLE is frequently used in indoor navigation systems, for example, in shopping malls that want to provide customers with GPS-like indoor mapping that will help them navigate to their favorite shop. But retail software for indoor positioning has more applications. Among other things, stores can use platforms such as Linkyfi to identify potential customers nearby and advertise their best deals (for example, via push notifications) for more targeted marketing that attracts more attention.

Indoor positioning has gained importance even more when occupancy management became one of the top priorities for all businesses. To keep their colleagues safe, employers are increasingly looking into BLE-based solutions for unintrusive contact tracing.

In this scenario, people coming into the office are equipped with a simple, single-functioning BLE tag that collects the information on where they go and whom they come in contact with. At the same time, it doesn’t store any sensitive data that might be considered an invasion of privacy. If someone in the office is sick, it is easy to identify who might have been exposed and contain the outbreak.

Solutions for location-based services, such as Linkyfi Location Engine, also allow offices to identify how people move around and where they tend to gather, providing heat maps of the most frequented places. This information can be used to manage occupancy and keep everyone safe; it can also be used to optimize space in general, such as by repurposing underused spaces.

BLE tags can help keep employees safe in more ways than one. Some popular cases, other than contact tracing, are panic buttons and fall detection systems.

Panic buttons can be used by bank clerks, hotel staff, or anyone who works a job that poses a degree of sudden danger. When carrying a BLE tag, these workers can discreetly call for help if they feel threatened, for example, by a suspicious customer. This will immediately alert the security and, thanks to location tracking, let them know where the person in danger is.

As for fall detection, BLE tags with movement sensors can be used on construction sites or in nursing homes. Whenever the sensor registers a sudden fall, the BLE tag will automatically send an alert with the information of who’s in danger and where they are so that they can be helped as fast as possible.

It’s not just the people that you can track with BLE tags. They can be used for asset tracking just as well – simply attach the tag to objects you want to keep an eye on. You can either monitor how they move or, with geofencing, make sure they stay where they should be (e.g. carts in a shopping mall). This has applications for various verticals. For example, in logistics, it can be used to follow cargo. In medicine – to monitor essential supplies so that they can always be easily found when needed. In IT – to track equipment to determine how, where, and when it's being used and then introduce optimizations, or to make sure it stays in the office. And these are just a few examples. It's applications like these, where the longevity and small data transfer that BLE allows are becoming crucial differentiators.

So, should you use BLE?

It is for precisely that reason why everyone looks into BLE when designing their solutions. An intelligent and well-thought-of architecture made it truly perfect for the use cases it was intended for. On the other hand, because of the well-established name of Bluetooth Classic, BLE had an easier time gaining trust among developers. All these factors combined made it the go-to choice for many consumer IoT applications and much more, further reinforcing its position on the market. And the Bluetooth SIG hasn't said its last word yet – Bluetooth Low Energy is constantly being developed and perfected to meet the most current demands of the market, so it should definitely remain on your radar.