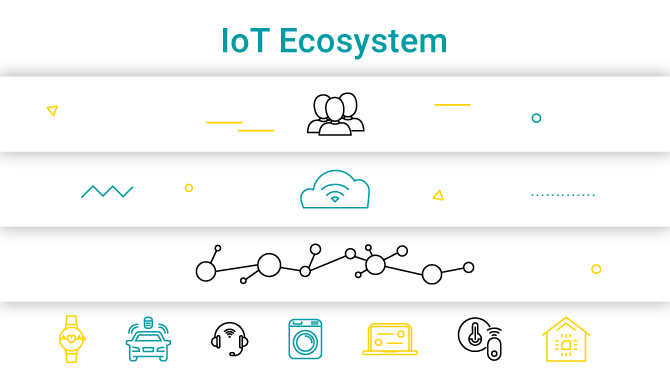 IoT devices don’t exist in a void. A lone sensor isn’t really good for anything, nor is a bunch of them, for that matter, unless they are all connected to one another and to platforms that generate data for further use. This is what we call an Internet of Things (IoT) ecosystem – a broad network of connected and interdependent devices and technologies that are applied by specialists towards a specific goal, such as the creation of a smart city.

Obviously, there are limitless applications to the IoT and therefore we can speak of endless coexisting IoT ecosystems. But if you boil what is happening in the ecosystem down to the bare essentials, you will come up with a simple schema: a device collects data and sends it across the network to a platform that aggregates the data for future use by the agent. And so we have the key components to an IoT ecosystem: devices, networks, platforms, and agents. Let’s discuss them in more detail. 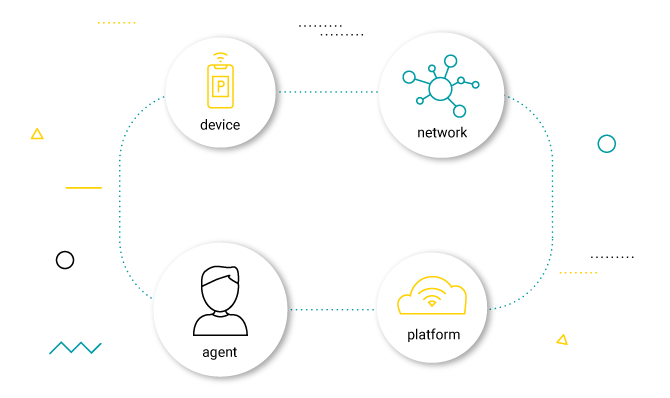 Rarely, though, will a smart solution make do with just one type of an IoT sensor or an actuator. If you think of a smart surgical robot, for example, it will require hundreds, if not thousands, of components that measure different parameters and act accordingly. But even apparently less complicated solutions aren’t truly that easy. Consider running a smart farm – for a plant to grow, it’s not just a matter of measuring the humidity of the soil, but also its fertility; it’s also a matter of providing proper irrigation based on insolation, and much more. So you need not just one, but many sensors and actuators that all have to work together.

When speaking of devices essential for the IoT ecosystem, one cannot forget about IoT gateways. They are a piece of hardware that is capable of “translating” and facilitating the essential connection between devices or between devices and the network and work as a kind of relay for the two. Which brings us to the next element of our puzzle… 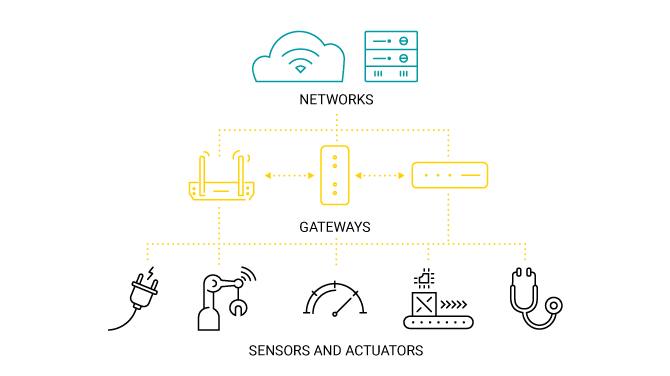 Based on what you read before, you may think: “Well, if an automatic door senses my presence and opens itself, is that IoT?” Obviously, it is not, because while that door has sensors and actuators, it is not connected to much else. And, as the name suggests,the Internet of Things requires both things and the Internet (although there are cases of data delivery without the use of the Internet Protocol). Arguably, the real power of this concept lies in the connectivity.

Again, based on your deployment needs, there are plenty of different IoT connectivity options, starting with the “classics,” such as WiFi or Bluetooth, to more specialized and field-oriented technologies, such as Low-Power Wide Area Networks (LPWAN). They all differ in range and speed of data transfer, making them more or less appropriate for particular deployments. Consider, for example, smart cars that require both high data speed and long range and juxtapose them with the smart farms we’ve mentioned that don’t necessarily need either.

Whether they are in the cloud or not, IoT platforms are always the binder for any IoT ecosystem. They are the quiet administrators that take care of device lifecycle management, so that you don’t have to worry about them. They are also the hub that collects and aggregates the data, allowing you to make sense of it. With the variety of platforms offered on the market and the breadth of claims their providers make, the choice of the “ideal” IoT platform for a deployment is arguably the most significant, yet also the most difficult to make. Sometimes more so for some than for others and for some – such as mobile virtual network operators – it can be the make or break.It shouldn’t be taken lightly, as it determines whether the IoT ecosystem will thrive or wither into oblivion. 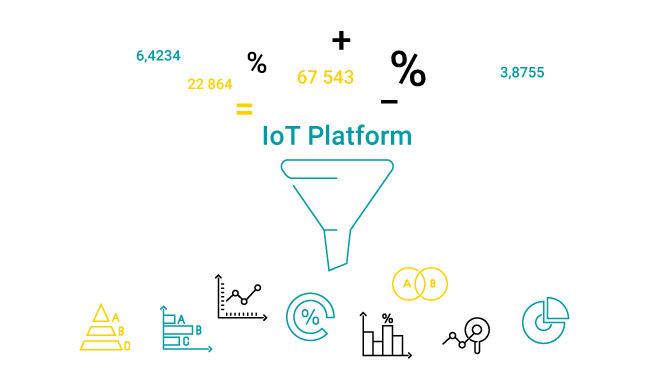 The right IoT device management platform should be versatile and adaptable, as the IoT world is very fragmented and constantly shifting and you don’t want the core element of your ecosystem to become the stumbling block of your deployment. It should also be scalable, so that your ecosystem can grow naturally, and secure, so it can do so without any threats.

Agents are all the people whose actions affect the IoT ecosystem. These may be the engineers who devise IoT deployments and design the platforms, it can also be the platform operators. But probably, most importantly, it’s the stakeholders, who ultimately reap the results. After all, IoT deployments aren’t just art for art’s sake. These complex ecosystems are put in place for a reason: to drive efficiency and improve the quality of life. And it is the agents who decide on how to use the devices, networks and platforms to achieve these results. This is where technology and business converge, because it’s business goals that very much shape the IoT ecosystem.

People are an essential part of this equation. Ecosystems are created by us, managed by us and, ultimately, it is our responsibility to realize their full potential. It is the devices that collect the data, but it is the people that make sense of it and put it to use. Similarly with networks and platforms, which are a necessary component of the ecosystem, but wouldn’t be of much value if it weren’t for the people who create and perfect them to fit their needs.

As was said, an IoT ecosystem is a very complex concept that eludes easy classification, as its characteristics vary from deployment to deployment. Much like our world, the IoT world comprises numerous different ecosystems that evolve and adapt. What they have in common is the idea and the people that make them happen: device manufacturers, service providers, application developers, and enterprises. Yet in this ever changing landscape there still remains a lot of variety – the technology, represented by the devices, networks and platforms, always gets better. This is particularly worth remembering, because the one mistake the inhabitants of an IoT ecosystem should never make, is to take it for granted. There is nothing more toxic for that landscape than stagnation and lock-in, so you should always be on the lookout for newer, better technologies that will help you flourish.